A programme coordinator of HHC-Bulgaria accompanied Mr. Boyan Alexandrov – a supporter and donor of the organization, who donated laptops to more than 20 children in foster families in the Northwestern part of the country with the help of our organization in 2016 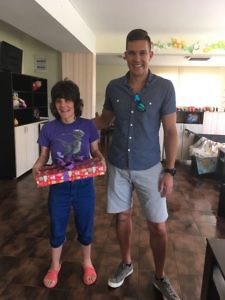 A programme coordinator of HHC-Bulgaria accompanied Mr. Boyan Alexandrov – a supporter and donor of the organization, who donated laptops to more than 20 children in foster families in the Northwestern part of the country with the help of our organization in 2016. This year, Mr. Alexandrov donated 9 laptops to children with disabilities in 6 Bulgarian cities.

On the 26th June Mr Alexandrov and HHC-Bulgaria’s programme coordinator visited the protected house near the city of Svoge in order to donate a laptop to one of the girls from the Mogilino institution. The 29 year old girl was incredibly happy to receive such a gift and promised to guard it, use it and share her experience with her friends from the housing.
On the 27th June mr Alexandrov and HHC – Bulgaria’s programme coordinator went visited the protected housing in Pazardjik, where Mr. Alexandrov donated a laptop to two boys, who also has the misfortune of being placed in the Mogilino institution. They have been inseparable since they were babies and they are still best friends. Both of them showed their sincere happiness and gratitude to the donor and promised to use the laptop with the help and support of the staff of the housing as well as their friends who are more technologically literate and can give them tips.

The same day, Boyan also donated two laptops to the Small Group Home in Yambol, where 12 children between the ages of 12 and 18 are currently residing. the children were more than happy to receive such a generous gift and promised to use the laptops for educational purposes, when working on school projects or applying for jobs online. Mr. Alexandrov shared with all of the children that when he was a young boy he had always wanted to have a computer but he never had the chance. Working in a Software company in the US has given him the chance to provide for other children who do not have access to technology at the moment, the same way he didnt’ when he was a child.

On the 28th June Boyan donated one laptop to the SGH for children and young people with disabilities in Haskovo. The children living there were taken out of 9 different institutions and will use the laptop for different types of therapy with images and music and also in order to experience the world like all other children around the globe.

The trip of the donor continued to the city of Kardzhali where he gave laptops to two children. One of the children has autism and is living at home with their parents, supported by HHC – Bulgaria and the other one has a mild learning disability and is living with their grandparents due to the fact that the mother has left and the father suffered an accident. Both children were incredibly excited to receive a laptop for their use only and promised to use it for various educational purposes and fun, of course.

On the 29th June Boyan travelled to Ruse and gave the final two laptops to two girls from the SGH for children and young people with disabilities. They both couldn’t hold their emotions and were jumping from happiness. The laptops will give them a window to the world and will enable them to feel equal to all children around the globe.

Thanks to the marvelous work of our coordinators, the donor had a chance to hand the laptops to all children personally, talk to them and discuss the donation and HHC- Bulgaria’s contribution with local and national media present at the meetings.

We would like to thank Boyan for trusting Hope and Homes for Children – Bulgaria and we would like to encourage him in continuing his charitable activities. We will be right here! 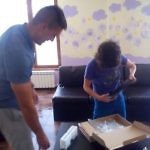 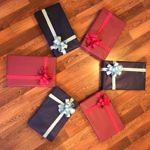 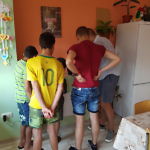 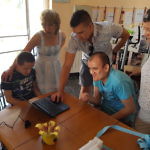