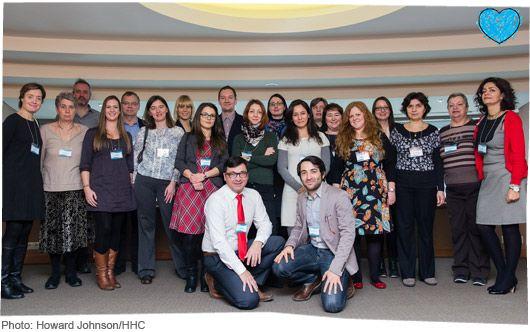 Leading experts in Deinstitutionalisation have been gathered in Bucharest, Romania, over the past two days as part of our Opening Doors campaign run in partnership with Eurochild.

The Opening Doors for Europe’s Children campaign operates at European Union (EU) level and in 12 countries across Europe, calling on the EU and national governments to prioritise the transition from institutional to family-based care – a process also known as Deinstitutionalisation (DI).

Across Europe hundreds of thousands of children are growing up in institutional care. The consequences are devastating for children, for their families and ultimately, for society as a whole.

The meeting, attended by representatives of our national coordinators from 11 of the 12 countries currently participating in the campaign, was held to discuss progress to date, to share expertise and experience of the first eight months of the campaign and subsequently shape the strategy to end institutional care of children in Europe.

In particular, the meeting was an opportunity to reflect following the exciting news last week that DI has been included as one of the priorities in the Structural Funds regulations – the rules which dictate how €325 billion of public money will be spent by the EU.

We are already able to see tangible signs of progress which give us renewed focus and momentum and bring us closer to our ultimate goal of ending institutional care for children in Europe and will make a real difference to the lives of children.