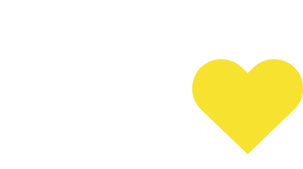 During the last years a miracle has happened in Bulgaria. The so-called “nobody’s children” from the specialized residential institutions are now recognized as part of Bulgarian society. After many unsuccessful attempts to reform the childcare system in these institutions (normally known as orphanages or simply “children’s homes”) and huge investment in renovating buildings, trainings with questionable effect and other projects it became clear that the system doesn’t have the resources and the right attitude for self-reform. Under pressure from the EU Commission and Bulgarian civil society a reformation of the system has started, oriented towards the needs of every child to grow up in a family environment.

Along with the new approach to children and their families, which involves enforcing work aimed at prevention of abandonment and support of reintegration, the process of deinstitutionalization is linked to the actual closure of specialized residential institutions and the opening of alternative care services. This is where the problems start – some aren’t happy with the changes, the reforms will destroy existing stereotypes and professional relationships, will change or remove structural units and will force some groups of professionals to undergo additional training and work harder. The social anthropologists would call this normal human behavior during the process of change. Common folk would say – no problem, people will learn.

The real problems occur when the changes conflict with the interest of some individuals or groups of people, especially those who have power and financial resources.

To anyone who is familiar with the institutional care system and is honest in his judgment there is no problem in identifying the opponents of deinstitutionalization. It is enough simply to ask the question – Who loses from the changes that are happening?

–          Providers of materials and services, who of course aren’t accidentally in that position. The huge buildings, infrastructure, personnel and “nobody’s children” are parts of a profitable business.

–          A certain group (not all) of mediators in the process of adopting a child. It isn’t a secret that adopting a child in Bulgaria is very complicated and you must turn to certain people.

–          State workers from different levels of the healthcare and social services administration, to whom the changes would means discomfort, loss of power and benefits.

–          Political and social opinion that investment in “these” children is wasteful and unnecessary.

Of course all these parties don’t protect their interests in an open manner. They normally turn to the context of false analysis and manipulation:

–          Now is not the right time, there isn’t the necessary environment – municipalities aren’t ready, NGOs aren’t ready, the business sector isn’t ready, the personnel of the system isn’t ready – but isn’t the idea of reform to prepare people through trainings, pilot projects and changes in policy and protocol (it is actually made to seem that the only ones ready are those who are actually working against reform).

–          Predictions are made for the system apocalypse, but the positive financial effects aren’t taken into account in short- and long-term plan, there is no desire to find mechanisms for restructuring and regrouping of expenditures, the possibilities of using the EU structural funds are ignored.

–          There are more important matters to attend to at the moment – important, but the result always will affect the children.

–          “But do you know what happened?” – accenting on certain individual cases as an argument against the whole process.

–          Seeking arguments against changes in jurisdiction and not opportunities for their introduction and application.

–          Sabotage of projects working to change the system by giving contradictory orders and instructions that aim to help the opposition.

–          Unofficial orders to workers at a lower level in the system, forcing them to work against the reforms.

–          Damage of reputation and administrative pressure on the supporters of the reform.

–          Usage of “friendly media”, the owners of which are usually close to the people opposing the changes.

I am sure that some of the readers of this slightly emotional and rather harsh analysis will be able to recognize particular figures. But it is generally simple – you will recognize them by their deeds!

Hope and Home for Children – Bulgaria